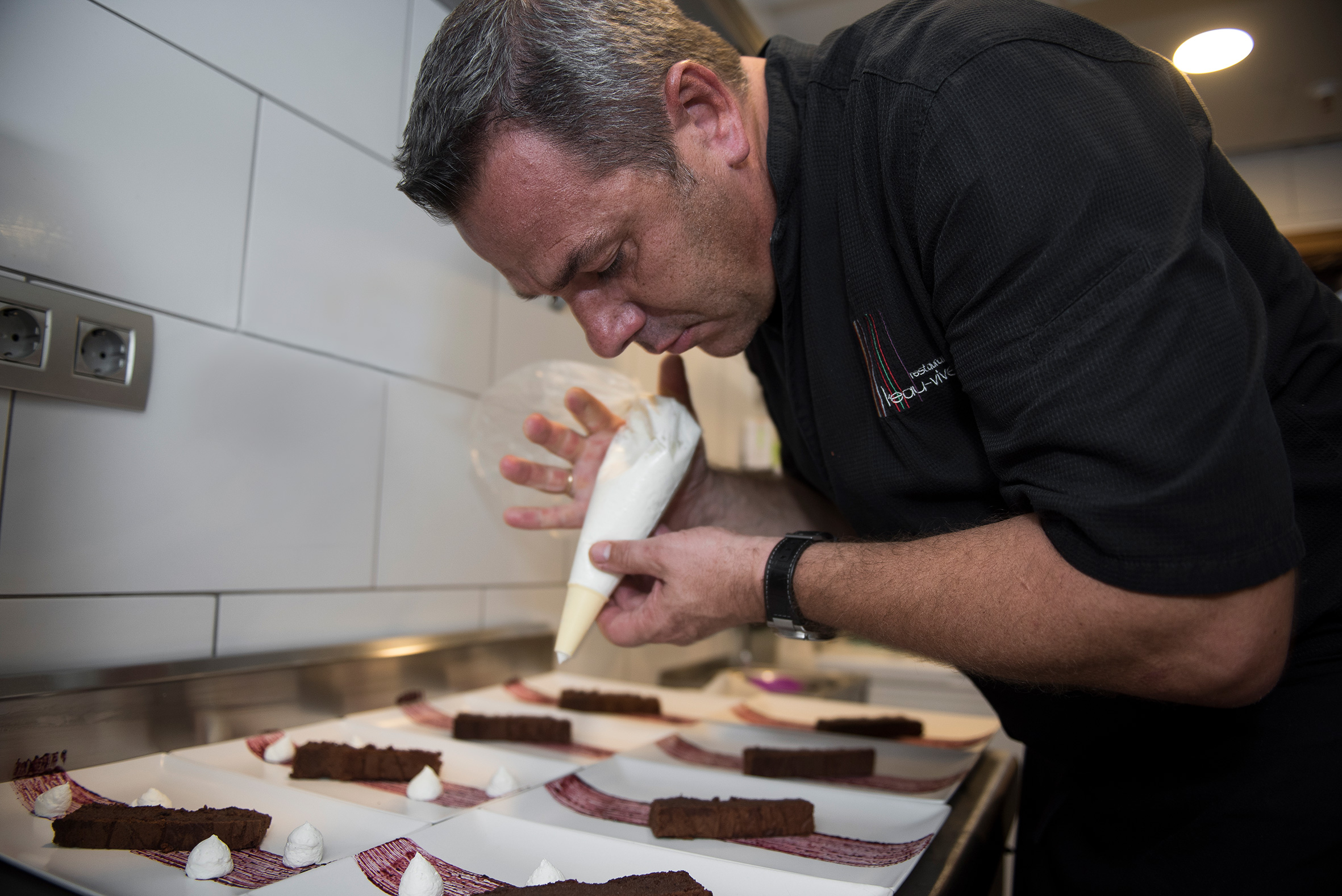 The chef, with two Michelin stars at his L´Eau-Vive Restaurant in Belgium is designing a menu for the 30-metre-high Dinner in Bahía’s Sky experience.

The hotel is offering the opportunity to enjoy menus prepared by gourmet cuisine restaurants such as Kazan and La Brasserie for the first time in Spain on the 25th, 26th and 27th with spectacular aerial views of Tenerife’s coastline.

The chef, Pierre Résimont, recognised with two Michelin stars at his L’Eau-Vive Restaurant in Belgium, is designing a special menu for the gastronomic experience which the Bahía del Duque Hotel will be serving for the first time in Spain. Entitled Dinner in Bahía’s Sky, and within the celebratory events of its 25th anniversary, the hotel will be serving menus designed by prestigious restaurants and chefs at a height of 30 metres on 25, 26 and 27 October.

Pierre Résimont, who is currently an advisor at Hotel Bahía del Duque’s French restaurant La Brasserie, has prepared a five-course tasting menu for the occasion, with which he intends to elevate French cooking to the height of the stars.

Résimont has performed this experience on high in Brussels, and this is the first time this gastronomic format is being carried out in the Canary Islands.

“It gives me pleasure and great pride to form part of the first Dinner in the Sky in the Canary Islands. In Belgium this gastronomic attraction is already a classic and we wanted, along with Bahía del Duque’s management, to propose this experience not only to all of the hotel’s clients but also to the visitors present on the island during those three days.”

The menu, prepared by the Belgian chef along with the team from La Brasserie, managed by Yoseba Llarena, consists of a caramelised foie gras and mushroom soup as hors d’oeuvres, beef in a creamy tuna sauce, capers and onions pickles as a starter, his own version of the lobster pasta dish, Fideuá de Bogavante, as a main course and a lemon meringue pie as dessert. This menu will be served on 25, 26 and 27 October during dinner hours.

With Dinner in Bahia’s Sky, the Bahía del Duque Hotel wishes to transmit its concept of culinary excellence and the integration of international cultures through gastronomy. The experience will also include the tasting of a 30-meter-high menu by Kazan, a Michelin-starred Japanese restaurant in Santa Cruz de Tenerife.

The menu, designed specifically for the occasion, will consist of the best Japanese cuisine found on the market as the chef will be preparing his menu based on fresh products; among his specialties there will be plenty of molluscs, usuzukuri, sashimi, tartar, sushi and tataki. This menu will be offered during the first shift of the dinner schedule on those days.

In total, a maximum of 22 guests will be able to enjoy each tasting menu, served during six independent sessions per day.

in addition to the evening meals within the Dinner in Bahia’s Sky experience, the possibility of breakfast on high is also included, with spectacular views of the coast of Tenerife and Playa del Duque; or you can enjoy a Taittinger champagne tasting with caviar; or participate in a cocktail workshop with the award-winning Abel López.

The experience, with prior reservation, is open to both clients staying at the hotel and to the general public. Prices vary from 70 to 255 euros depending on the option chosen. Reservations can be made through the hotel or their email address reservations@bahia-duque.com.