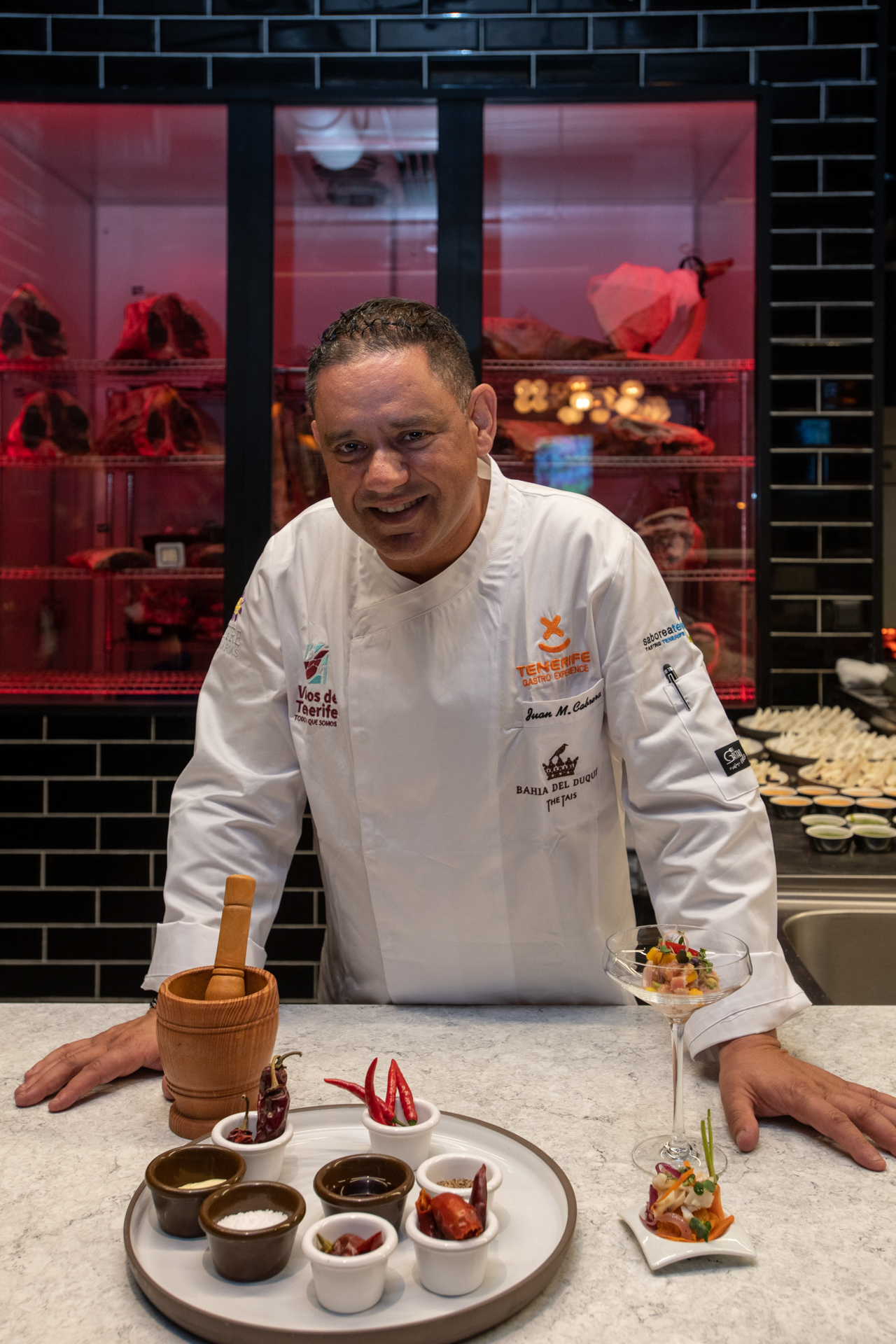 The Canarian cuisine of Bahía del Duque is surprising in Russia as an important attraction to win over travellers. A delegation from the hotel, led by the executive chef, Juanmi Cabrera, travelled to Moscow and Saint Petersburg to participate in a series of promotional events organised by Tourism of Tenerife.

The Hotel Bahía del Duque displayed its value proposal under the premise of showcasing the riches of Tenerife as a holiday destination for a strategic market, that is characterised by its taste for quality and exclusive service.

In the working meetings held with tour operators and agents from the sector, the hotel placed an emphasis on the island being a destination for switching off, by showing the holistic experience of its spa, Bahía Wellness Retreat, and the quality of the gastronomic range, which really stands out thanks to the local raw produce and the originality of the ingredients and traditional flavours.

According to Juanmi Cabrera, “Spanish gastronomic culture enjoys great international renown and in the Canaries we are really making the most of this time. In the case of Bahía del Duque, in addition to the renown that the brand enjoys in Russia, there is the richness of the destination, with its good climate and landscape, and the local component with the quality of traditional Canarian cuisine and avant-garde cuisine which is really on the rise, in order to win over clients that demand maximum quality and authenticity in the destination´s offer.”

The event, coordinated by the Spanish Tourism Office in Moscow and Tourism of Tenerife, involved the participation of a selection of hotels from the island.